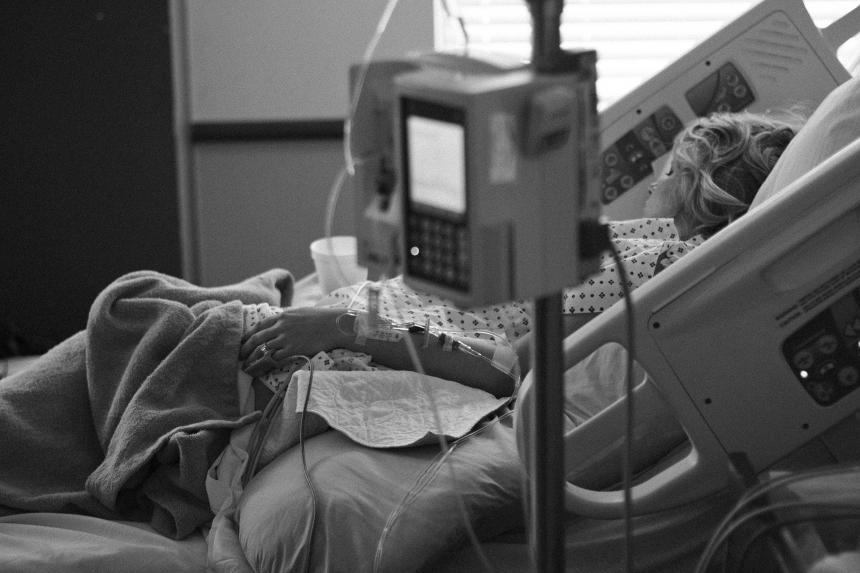 Because many of the endometriosis patients have to go through a surgery and many of them are diagnosed with stage 3 or 4, which may imply a bowel resection, as it was my case back in 2016, I decided to write a complex article about my experience with endometriosis surgery.

Therefore, there have been 5 years since my second and hopefully my last endometriosis surgery. The stages and all the process could have changed a little, but I still believe you will find valuable information in this article. I have to tell you before this second surgery I went through another surgery in 2014, but unfortunately that intervention was not a complete one.

My diagnosis was: endometriosis stage 4, endometriosic rectovaginal nodule of 4.5 cm and my doctor recommendations were MRI with a protocol for endometriosis (if you don't know what this is you can read here and here more about this procedure) and, if the RMN result confirmed his diagnosis, I had to do also an Hidro Colo CT Scan.

I would like to say the above diagnosis was made based on my medical history, the gynecological medical check up and on vaginal ultrasound. I know there are a lot of debates regarding endometriosis diagnosis: whether it can be made like this or just on laparoscopic procedure.

This is not the subject of this article, but I would want to say in my country there are 3-4 doctors specialized in endometriosis and they all agree the diagnosis can be made this way, not just after an laparoscopic procedure and many other European doctors specialized in endometriosis agree. If you believe it or not, it is up to you, I just present the facts.

Continuing my story, I would like to say the MRI 100% confirmed the diagnosis from the doctor's office (and also gave some other extra information) but the Hidro Colo CT did not. It was just a waste of money but maybe the fact I couldn't do the investigation with a contrast agent made the difference, I don't know.

Because my diagnosis was endometriosis stage 4, with an endometriosic nodule on my colon, besides my doctor, the team of doctors that performed my surgery also involved a colo-rectal surgeon, another gynecologist and two anaesthetists.

âž¡ï¸Scheduling my surgery - two months before

The time interval between my first doctor's appointment , the MRI/CT Scan and the second appointment to my doctor was of 2-3 months in between. In this second appointment, my dr. looked on my results, explained me the situation and we scheduled the surgery in a couple of months.

My condition was of almost bowel obstruction (sub-bowel obstruction) because of my adhesions and of that 4.5 cm nodule. Despite this, I didn't experience horrific symptoms, like other patients. I kept a diet, took some supplements and one in particular helped me a lot with my pain problem: constipation. Yet, pay attention, as with nodule on the colon, many patients could experience diarheea - constipation..and others could not have any symptoms with it.

âž¡ï¸ Magnesium citrate - the supplement that saved me

For the endometriosis patients who also struggle with constipation and are near bowel obstruction I want to reveal what really helped me in this respect.

Even before going to doctor Voicu Simedrea I discovered magnesium citrate, a mild laxative that helped me a lot.

Before it, any other type of laxative gave me pains, cramps, chills and I couldn't even fully empty my bowel that way. It was horrible. Yet, I don't remember how (maybe researching on the internet) I read about magnesium citrate. I started to take 800 mg and it was very effective. Still, my stool was not normal, but I got rid off those pains and of the risks of being so close to bowel obstruction.

For me, only the Solgar or Now Foods Magnesium Citrate was effective.

Tip: ask your doctor even after surgery if you can take a low dose of magnesium citrate just to help you with the bowel movement. It can make a difference.

I don't remember the complete list of medical tests but I do remember some of them: the PAP Smear test, some cervical culture tests, urinalysis, some blood tests and an ophthalmological test.

I received the complete "guide" regarding these needed medical tests when my doctor scheduled my surgery. It was also stated when to take them in order to be "up to date" for the surgery.

If one of these medical tests is not ok, write or phone to your doctor, he will know what to do. I had a lower hemoglobin level, my doctor prescribed me some iron vials I could't take (back then, I didn't know about Sideral forte, a kind of iron I take from time to time and that I do tolerate really well).

Back then, in 2016, the hospitalization was made a day prior to the surgery. Now, things have changed a little, I think and it depends on the hospital. On 9th June I arrived in Timisoara by plane from my home town, Ploiesti, went to the hospital to a last schedule with my doctor Voicu Simedrea. My mother was allowed to come on this discussion and it was so good: she met my doctor, they talked a little, asked about risks, he answered, she realized I was on good hands.

Then, I was committed in the hospital and I had to drink a bottle of water with some medicine in it for cleansing the colon. I had to drink this water within 2-3 hours, but no later thatn 4:00 p.m.

Because of my bowel stenosis I couldn't eliminate much, not even this water, thing that really stressed me. Yet, this did not affect my surgery so if this is going to be your case, don't panic.

The night before surgery I could sleep very well. The nurses asked me if I want a sleeping pill bit it was not necessary for me.

Yet, if you have trouble sleeping, please have a pill as after surgery there are going to be 2-3 days really hard when I do not know if you are going to sleep very well so you need rest!

As for the diet, a day prior to the surgery I wasn't allowed to eat or drink anything starting with 1:00-2:00 p.m.

Your doctor will tell you all this and, if not, ask him.

I forgot to tell you that, being a private hospital, I didn't need anything (like towel, pyjamas etc.).

The surgery room was big and col, but it did not matter, I just wanted to be over once for all, to be better and to move on with my life. Although the room was full of doctors, each did his part and, in a way, this gave me comfort. Soon after I was connecte to all those machines, I fell asleep.

I don't remember much from when I was brought into the medical ward. All was fuzzy and the only things I remember was the sound of rain and of my mother's voice, but that's it.

Some patients wake up easier, some don't, this could depend on the anesthesia or our body's type, I don't really know.

My surgery lasted 3.5 hours, my doctor told my mother things were pretty bad out there, especially around my bowel. After surgery I kept on saying it hurted me, so they gave me some painkillers but they didn't have much effect.

Even from midnight I was conscious enough to feel the pains. A machine "beeped" next to me (I was told I had a higher heart rate during the surgery) and some nurses came from time to time near my bed to see what I was doing.

At midnight, I felt a discomfort from the dreinage and the urinary sonde I had. It was not a pain, but a discomfort sensation that was gone in 1-2 hours.

I still had some pains and not even the injection managed to lower them so much, but still it was something managable.

In this first night I could not fully sleep, I was between dream and reality all the time.

In the morning, my doctor Voicu Simedrea came to me, explained to me my situation, not at all light an bright, and then I was visited by the doctors's therapist which really helped me.

The third day I was visited by the colo-rectal surgeon who told me a little about my situation and the possible side-effects like LARS syndrome or the risk of fistula within 10 days from surgery. This doctor was also very receptive, gave me his number, email, I could easily talk to him after 2-3 months after the surgery when I experienced some moderate annoying symptoms.

In this third day my transit started again - a little bit hard, but enough for my doctors to say everything was ok. At night I had my first bowel movement after surgery. Not solid, but again, ok enough to "check this box" too. Besides, after dealing with constipation for so long I didn't believe it would be too easy. Some patients might experience now some blood in the stool. Do not worry, as this is normal, but of course, the doctors must be announced.

âž¡ï¸ Endometriosis surgery - the rest of the days

On Monday, so on my 4th day after the surgery, I could walk a few steps in the room and I got rid of the urinary sond. I peed by myself, easy enough. As I had endometriosic adhesions on my ureters too, my doctor was afraid I was not going to be able to pee so easy. Luckily, it was not the case.

On Tuesday I got rid off the dreinage too. Here, I had some problems as this little spot could fester a little, but the nurses took care of me and my doctor assured me this was normal.

And, on Monday doctor Voicu Simedrea gave me permission to be back at the hotel.

I stayed in Timisoara 2-3 more days, then I was to a final check up to my doctor and flew back in Ploiesti, my hometown.

This was, in general, my endometriosis surgery.

Keep in mind I was a severe case, with a more difficult recovery, but there are a lot of other stage endometriosis patients who have a milder and quicker recovery.

Is it hard? Yes, that's how it seemed to me! Is it impossible? Not even close! Is it worth it? It sure is!

Now, after 5 years from this experience I feel better than ever, I didn't have a nodule relapse and I have a regular, normal, pain free bowel movement (believe me, I didn't believe I would ever say this again).

I mention I follow a diet, I take supplements, I go the regular check ups. If you wonder if you should opt for a surgery, go for it if your doctor recommends it to you! Yes, the surgery does not cure endometriosis, but then things down there are pretty nasty, nothing can do miracles. Be patient, have faith in God, in your doctors and in yourselves and do this step because at least of me (and remember I am pro complementary, natural methods  first) came up to be the salvation solution.

If you liked my articles about Endometriosis and you found them useful, you can help us with a small donation here. It helps us keep this website and continue writing endometriosis & healthy lifestyle articles. 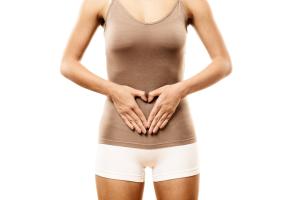 What To Do When You Have an Endometriosis Flare-up? 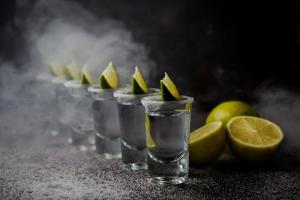 Alcohol and Endometriosis â€“ What Studies Say + My Experience 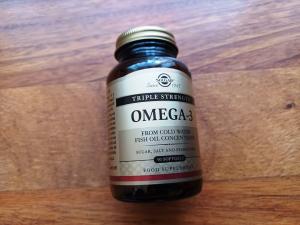